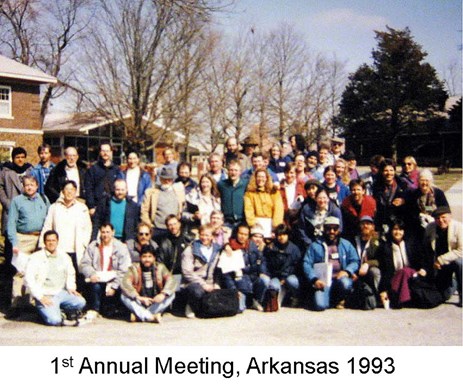 IOIA was founded in 1991 at Baltimore, Maryland by about a dozen inspectors. A steering committee had been struck a year earlier in Pennsylvania and was organized in Nebraska. A diverse, like-minded and dedicated group of inspectors, mostly from the US and Canada, saw the need for an organization to address the unique needs and issues of concern to organic inspectors.

The organization was incorporated with the name Independent Organic Inspectors Association. Non-profit 501(c)(3) status was achieved. Bylaws, Codes of Ethics and Conduct were adopted. The IOIA office was housed in the home of Jim Riddle and Joyce Ford in Minnesota and staffed by them until 1999, when the office moved to its current location in Broadus, Montana.

IOIA has published the quarterly newsletter and annual membership directory since 1992. The list of acronyms in 1992 was just 18 organizations long. The fledgling IOIA sponsored its first independent organic inspector training and annual meeting in 1993 in Fayetteville, Arkansas. The IOIA Accreditation Program was adopted by the members at the 1994 AGM in Florida. The first IOIA Membership Directory had 44 inspector members in US, Canada, and Mexico.

Demand for IOIA training skyrocketed with the advent of the USDA National Organic Program regulations, published in 2000. As governments around the world continue to adopt organic regulations, that demand for training continues to grow.

In 2007, IOIA took ownership of an office building, a historic western false-front building located on the main square of Broadus. The building was gifted by Amsden, LLC, a small family corporation in Montana that supports organic agriculture and food.

In 2008, the name of the organization was changed to International Organic Inspectors Association to better reflect the range of membership and activity. Since 1991, when IOIA first stepped up to take on the roles of inspector ‘voice’ and organic inspector training, the organization has grown to nearly 250 inspectors in a dozen countries. The organic sector has grown to three pages of acronyms in the directory. IOIA now sponsors dozens of inspector training events annually and expanded training to include the webinar format in 2010.

IOIA celebrated its 25th anniversary in Ottawa, Canada in 2017.

For Annual Reports prior to 2006, please contact the IOIA office.